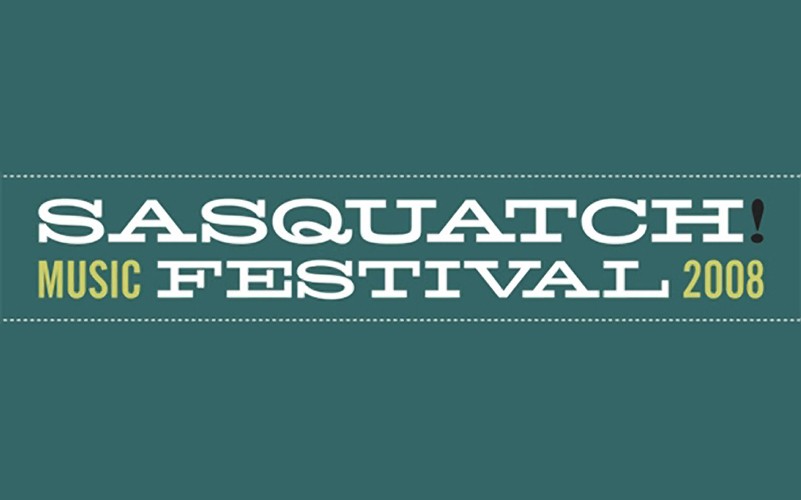 Live Nation and Adam Zacks are proud to announce this year's Sasquatch! Music Festival at the legendary Gorge Amphitheatre in Eastern Washington. The festival, in its seventh and best year yet, has evolved from a unique homegrown and laid back fest into a full blown three day extravaganza, complete with camp-outs, canyons, sunsets, three stages and this year (for the first time) a comedy tent. Already the official opener to summer for music fans, the Sasquatch! Music Festival is becoming a certified monster of a musical event: this year features another exciting and diverse line-up for the musically adventurous, and ups the ante on an event already hailed for its independent spirit. Tickets go on sale Saturday, March 8th at noon.

Sasquatch! is excited to announce the return of "Presenting" partner TobaccoSmokesYou.com under a new program name, BecomeAnEX.org. EX(r) encourages smokers to quit by "relearning life without cigarettes." The campaign helps people who smoke identify their triggers, like drinking coffee or driving, and assures them that it is possible to relearn these activities without smoking. Washingtonians can call 1-800-QUIT-NOW or go to BecomeAnEX.org to take the first step toward becoming tobacco-free.

Sasquatch! again teams up with Esurance and Sustainable Energy Partners to make the festival a certified carbon neutral event. Carbon dioxide is one of the major causes of climate change and global warming. When CO2 is released into the environment, carbon offset programs ensure an equal amount of carbon is reduced somewhere else. The preservation of the environment and the future of the Gorge are important to the Sasquatch! Music Festival, which is why they are purchasing carbon credits through Sustainable Energy Partners. For every ton of carbon credits purchased, one ton of CO2 is reduced through reforestation, sequestration, and various energy efficient projects. The end result? A Sasquatch! Music Festival with a net carbon output of zero.

Sasquatch! started out as a one-day event that highlighted Pacific Northwest performers. While the loyalty to strengthening the Northwest music scene remains intact, with the third stage dedicated to supporting the northwest independent music community, the magnitude has grown as the word has spread. The festival has become a part of the national consciousness with an ever-growing and dedicated group of music enthusiasts attending year after year after year, along with newcomers enjoying the grandeur of the surroundings. Past performers have ranged from international favorites like Coldplay, Beastie Boys, Bjork, Beck, The Arcade Fire, NIN, The Pixies, Wilco, and Kanye West to standouts of the Pacific Northwest scene like The Shins, The Postal Service, Sleater-Kinney, and many, many more.