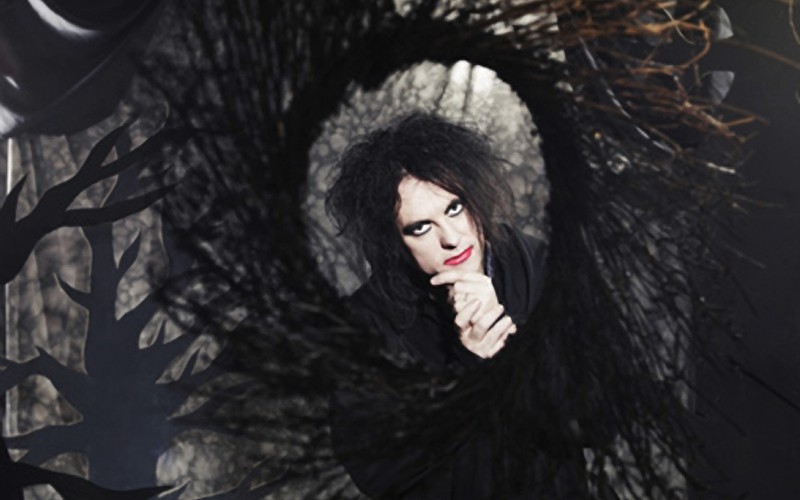 Visit: http://www.nme.com/magazine for the full story.

The infamous ShockWaves NME Awards are back and bigger than ever. 2009 will see the iconic music venue Brixton Academy host THE rock and roll party of the year on 25th February; and to kick start the celebrations NME can proudly announce that the recipients of ShockWaves NME Awards Godlike Genius 2009 will be awarded to post-punk icons The Cure.

The Godlike Genius award forms the pinnacle of the ShockWaves NME Awards. Chosen by the NME, it honours those artists who have shaped the musical landscape over the years with previous winners including John Peel, The Clash, Ozzy Osbourne, Primal Scream and the Manic Street Preachers who scooped the accolade in 2008.

Robert Smith, lead singer of The Cure: ?The [Godlike] Genius award is given to the band, and as a band we are honoured. I think it is a recognition of all the Cure has done over the years, so it would be pretty dumb to accept the award with a ?Hey! Have you heard our new stuff?? So we won't be doing that! It's all a question of balance? we are not going to turn up and start being weird! We'll play some new stuff, some old stuff and some stuff from in between, trying to distil 30 years into 30 minutes!?

Rising from Britain?s late 70?s punk scene, The Cure have grown into one of the most influential and iconic acts in the world, producing a wealth of music over more than three decades, with this year marking 30 years since the release of their first album. Pioneering the Gothic and Alt Rock genres, as well as producing an instantly recognizable Pop sound is testimony to the significance of the music this band has shared with the world over the years.

NME editor Conor McNicholas: "For 30 years The Cure have been both uncompromising and hugely successful. They are the beating heart of indie music, having penned some of the darkest albums and most sparkling British pop of their era.

"To still be a massive draw more than 30 years after you formed is the preserve of a select few bands. For all these reasons The Cure need to be recognised.

"Their music brings a glow to my heart and I want to the new generation of music fans to have an opportunity to feel it too. They're going to make our awards at Brixton Academy on February 25 a very special night indeed."

With twelve albums under their belt, the band releases the thirteenth, 4:13 Dream, on October 27th 2008 on Suretone/Geffen, which is described by Robert Smith as ?vibrant, ?tuneful?, ?intense? and ?upbeat?. A world exclusive interview with The Cure runs in this week?s paper.

Forming in Crawley, West Sussex in 1976, ?Easy Cure? began its musical journey. By 1979, the band had become ?The Cure? and, at the time a three-piece, released their debut album Three Imaginary Boys as well as singles Boys Don?t Cry and Jumping Someone Else?s Train.

With various line-up changes over the following 30 years, the musical direction of the band has changed shape a number of times. However, the driving force behind the music has been maintained by front man and sole constant member Robert Smith. The sound has travelled from the minimalist classic whispers of Seventeen Seconds through the mournful atmospheric soundscapes of Faith, from the psychedelic pop of The Head On The Door to the extraordinary stylistic range of Wild Mood Swings.

The Cure hit worldwide recognition with the albums Kiss Me Kiss Me Kiss Me, Disintegration and Wish in the late 80?s and early 90s?, and by the mid Noughties the band had sold over 27 million albums, having become one of the biggest alternative rock groups in the world. They are wholly deserving recipients of the ShockWaves NME God Like Genius award.

Watch this space as NME has more to announce with the forthcoming Shockwaves NME Awards, Tour, Shows and Big Gig coming up?