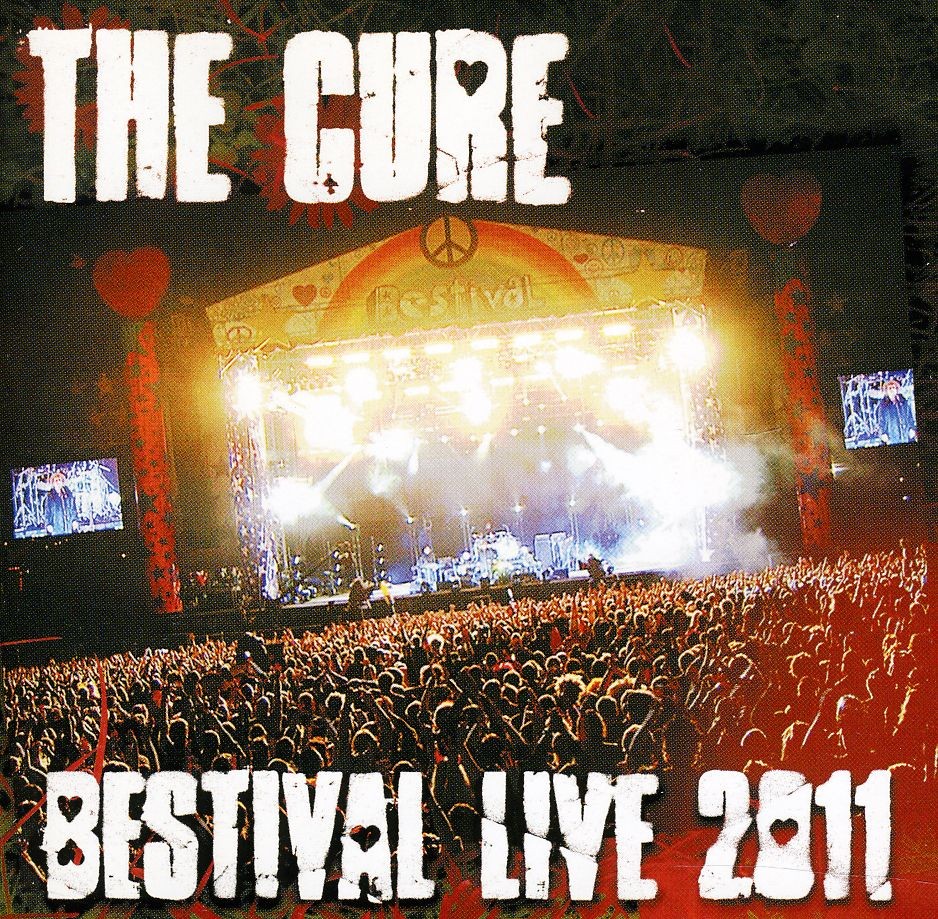 "The Cure had pulled off the epitome of the "festival set" akin to Bowie at Glastonbury 2000 or Macca at Glasto '04, and every bit as legendary." – The Guardian

"Joyous – truly the stuff of rock-and-roll icons." The Telegraph

Sunday Best Recordings are thrilled to announce the 5th December 2011 release of The Cure : Bestival Live 2011, a live recording of the iconic bands fabulous two and a half hour set performed at this year's Bestival.

The double album, which is split over two CDs and also available as a digital download is made up of thirty-two Cure classics, including "The Lovecats", "The Caterpillar", "Close To Me", "Friday I'm In Love", "Lullaby", "The Hungry Ghost", "The End Of The World", "Just Like Heaven", "Grinding Halt", "Jumping Someone Else's Train" and "Boys Don't Cry".

Robert Smith of The Cure says; "We had such a great time in the Isle of Wight at Bestival that we wanted to release this show as a way of thanking fans and islanders alike. Bestival IS the best!"

Rob da Bank, founder of Bestival says; "Since I was 15 and backcombing my hair, donning my sisters eyeliner and singing the lyrics to 'A Forest' into my hairbrush I've had an unhealthy fascination with The Cure. To say it reached its peak at Bestival 2011 is an understatement, as after seven years of pestering I not only landed The Cure to headline Bestival, but now appear to be putting out one of their live records on my own record label. How strange! For any of the 50,000 who were at Bestival and saw all or some of the two and a half hour set, this live album will transport you back. For fans of The Cure who didn't make it I know this will be a legendary addition to your Cure collection!"

Eileen Monks, Director of The Isle of Wight Youth Trust, says; "What wonderful news that The Cure should choose us, an Island charity of 27 years, to benefit in this way. This came completely out of the blue and at a time when it is becoming extra hard to raise funds to support our work with children and young people on the Island, further cementing our association with young people in their many interests and aspects of their lives. We would like to thank Rob da Bank for his continuing support."

THE CURE : BESTIVAL LIVE 2011 will be released on Sunday Best Recordings on 5th December 2011