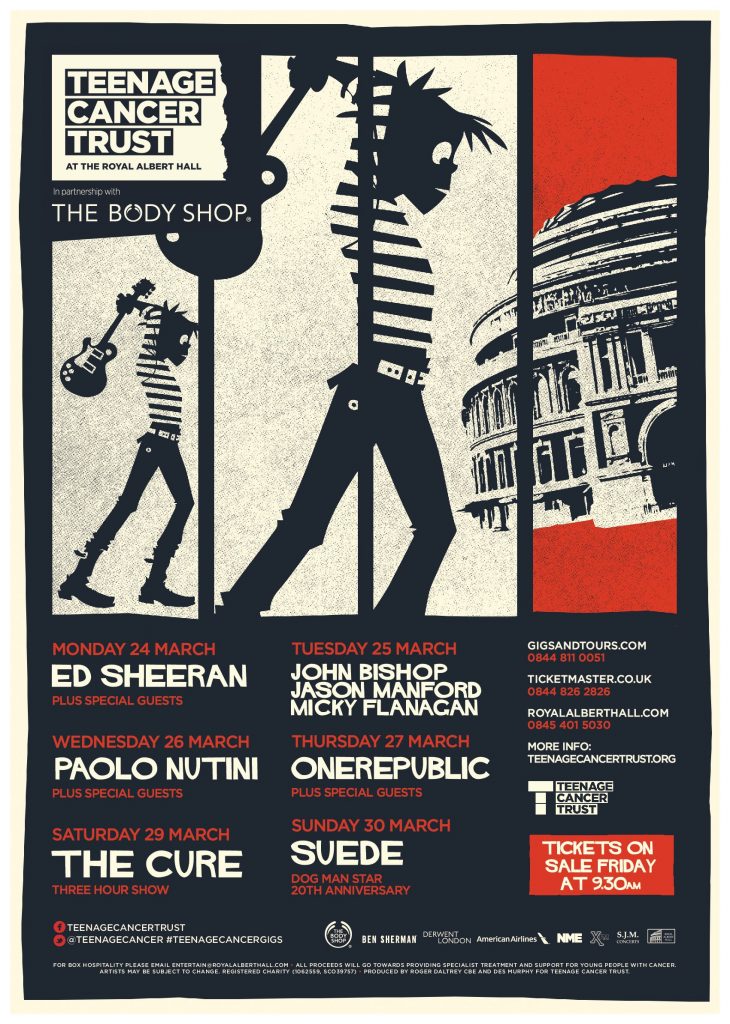 The Cure make a welcome return to the Royal Albert Hall following their acclaimed 2011 appearance and will play a full three hour show. This will be The Cure's second time performing for Teenage Cancer Trust, after closing the week of shows for the charity in 2006. They also raised money for the charity on Record Store Day 2012 by releasing 'Friday I'm In Love' on a limited edition 7''. This year is the 35th anniversary of debut album 'Three Imaginary Boys', highlighting The Cure as one of the UK's most influential and timeless bands.
Bandleader Robert Smith said: "The Cure are once again delighted and honoured to be playing the Royal Albert Hall for Teenage Cancer Trust."