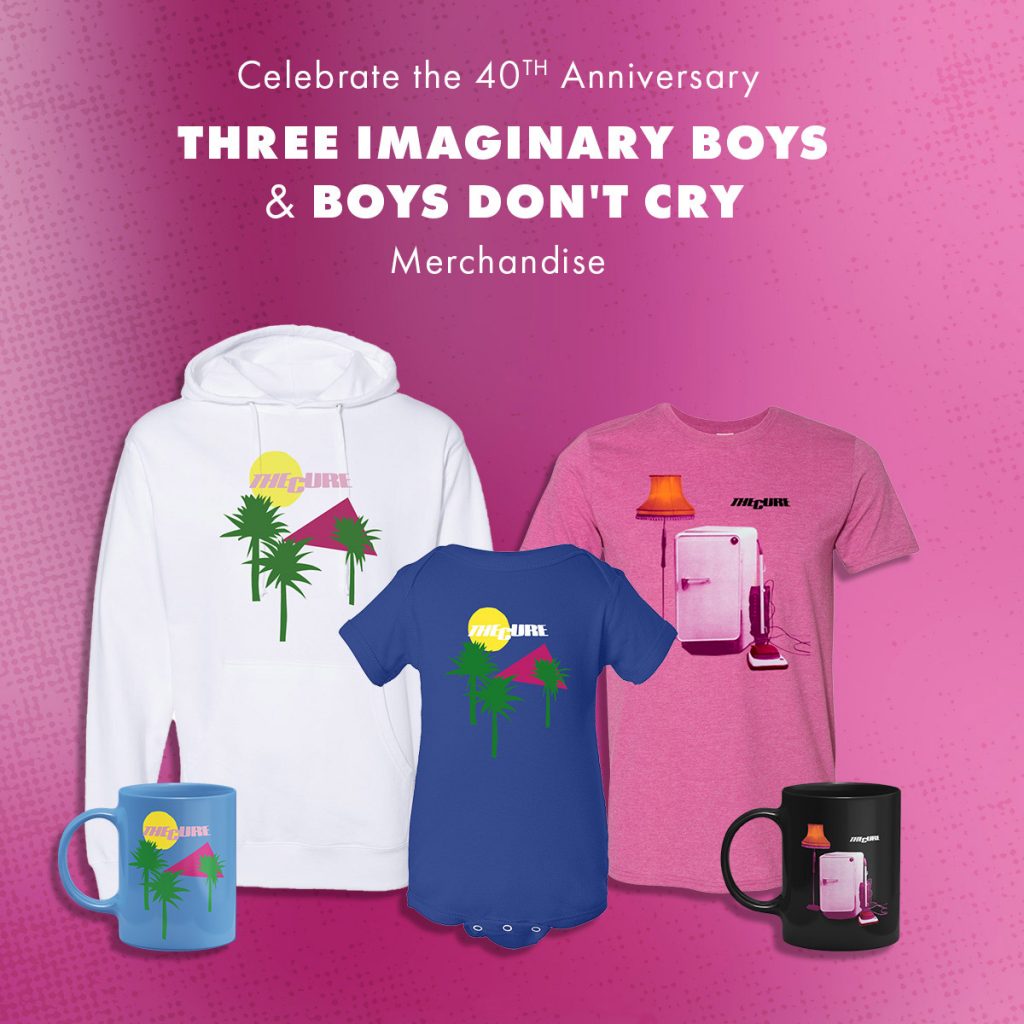 An exclusive range of merchandise has just been released to celebrate the 40th anniversary of The Cure’s debut album ‘Three Imaginary Boys’ from May 1979 and the first North American album ‘Boys Don’t Cry from February 1980.

The full range of merch is available in both the UK and US stores via https://smarturl.it/shopthecure